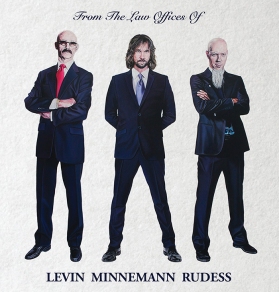 Once again, thanks to the kindness of Scott Schorr, the producer of the album, I was able to listen to the new LMR record. This review was written only after one full listening and, as I’m more of a Jordan Rudess specialist, my analysis will focus more on Jordan’s playing. Before starting the track by track review, I would say that if you really liked Rudess Morgenstein Project, Rudess’s solo albums (especially Rhythm of Time) or Liquid Tension Experiment, just go buy this album on http://www.lazybones.com/buy-stuff or on Pledge Music : http://www.pledgemusic.com/projects/lmr

Understandably, this is a record for fans of Jordan Rudess but those who think that Jordan can only play big shredding soli will be surprised. The record is diverse enough with a good amount of craziness. I was disappointed by Rudess’s solo or side projects after the amazing Rhythm of Time but I need to admit that he found a great and pleasant playground with Levin Minnemann Rudess. Will it pass the test of time? I’m not sure: the album is better than the first one but is too reminiscent of classics like Rudess Morgenstein Project and Rhythm of Time. Well, I wouldn’t mind hearing it live 😉

Review written by « The Keyboard Wizard ».